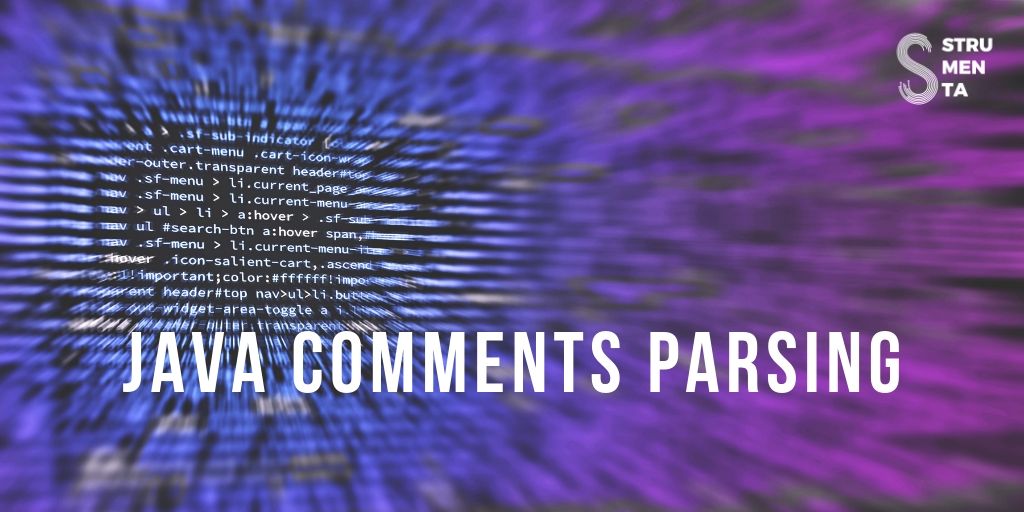 Recently I have done some work on JavaParser, focusing on parsing comments and attributing them to the element being commented.

I like working on manipulating source code. I like this problem also because it does not have obvious solutions, but it can be solved only relaying on heuristics and conventions.

Some notes on comments parsing as it is implemented right now, with more documentation to come soon.

Comments are parsed as all the other elements of the grammar, so we provide their position in the source code and their content.

We also try to understand to which element they refer and attribute comments to the node we supposed being the target of that comment. Note that to do that we use some simple heuristics, and while this normally works quite well there are limitations. It is simply not possible to devise an algorithm able to understand, with absolute accuracy, which element is targeted by a comment. That is because the language itself does not provide a formal way to indicate that, so any developer can choose its own style.

Not all the comments can be associated to one element: the remaining comments are considered orphan comments. They will be inserted in the list of orphan comments of the first node which contains them.

In this case there is no element immediately following the orphan comment, therefore it is listed as an orphan comment of the element containing it (class A).

In this case we can see that the comment closer to the class declaration is assigned to it, while the one preceeding it is marked as orphan.

In this case the first comment is attributed to the declaration of variable a because it precedes it, while the second remains an orphan comment because empty lines separate it from the first node. If JavaParser.setDoNotAssignCommentsPreceedingEmptyLines(false) was invoked before parsing, also the second comment would have been associated to the following declaration.

This comment is associated to the whole field, because it is the last (and only) node before the comment.

In this case the comment is associated to zero, because both zero and the field (which contains also the node 0) end in the same line but the 0 also start on this line, so it is preferred.

In this case “another comment” is associated to the variable declaration, and because only one element can be associated to a single node “a comment” remains an orphan comment.

Due to the liberal nature of what is considered valid with regards to comment syntax, the parser has had to make a number of sensible assumptions.

In this case the line comment is attributed to the return type of the method, rather than the method itself. This is because the start line number of a method is determined by it’s first annotation; therefore all methods comments need to proceed annotations.

The up to date documentation is available in the wiki of the project: Comments.

Get a free course on JavaParser

Directly to your email 5 lessons on JavaParser and the JavaSymbolSolver