Exploring frege: Haskell for the JVM 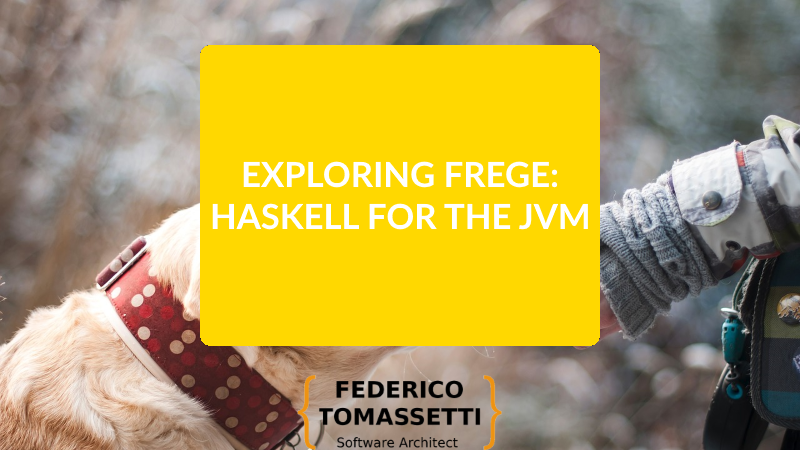 Recently I played a lot with Clojure while building a civilizations simulator named civs. I really love building applications at the REPL and my Clojure code is much clearer and easier to read than the Java code I could have written for it

when you need to refactor significantly your code it is going to be painful. Probably you can limit the issue with appropriate design choices and there is the possibility to use different forms of optional typing in Clojure. Still, you will miss a compiler helping you figure out what functions you need to revisit, because of your small change in a data structure. Sure, I should add different abstractions but…

So, I spent some time trying to figure out which functional static typed language was worthy spending some time on, just to know better my options. I considered:

OCaml: it seems that the adoption is declining more and more according to different metrics and the current compilers do not support multithread, which seems a capital sin.

Scala: I have used it just to build an incremental parser for Java and I dislike it. It tries to be too many things at the same time and remember me C++, at the good old times when language designers taught that supporting more and more and more features in a language was a nice thing. That and the awful tool support made me decide that I do not want to touch it neither with a pole, unless forced too.

Haskell: what else is left? SML?

Now, as part of my job at TripAdvisor I am learning to be more and more practical and getting things done. I have already some investments done in the JVM environment. For example my world generator (lands) can be used through Jython on the JVM as well as the name generator (namegen) and a few other things that are written in Java or Clojure (no stuff left in JRuby, right?). So it would be great to have Haskell for the JVM…

…and then is when Frege comes to the rescue! It is just that, a port of Haskell to the JVM.

From the Github page you can download the jars you need. Visit the official repository of Frege.

You can play with the REPL and when you want to compile & run:

A Small Difference Between Haskell and Frege

While in Haskell I would write:

In Frege I need to write:

What derive means translated in Java? It means more or less I am too lazy to write the toString method for this class (Name) so please do the usual thing auto-magically and implement it for me.

So I started to create a few types to run the civilization simulator in Frege:

So far, Frege seems stable, easy to install and very close to Haskell. Now I want to play more with the Java integration.