Three Rules that Helped Me Becoming a Better Professional 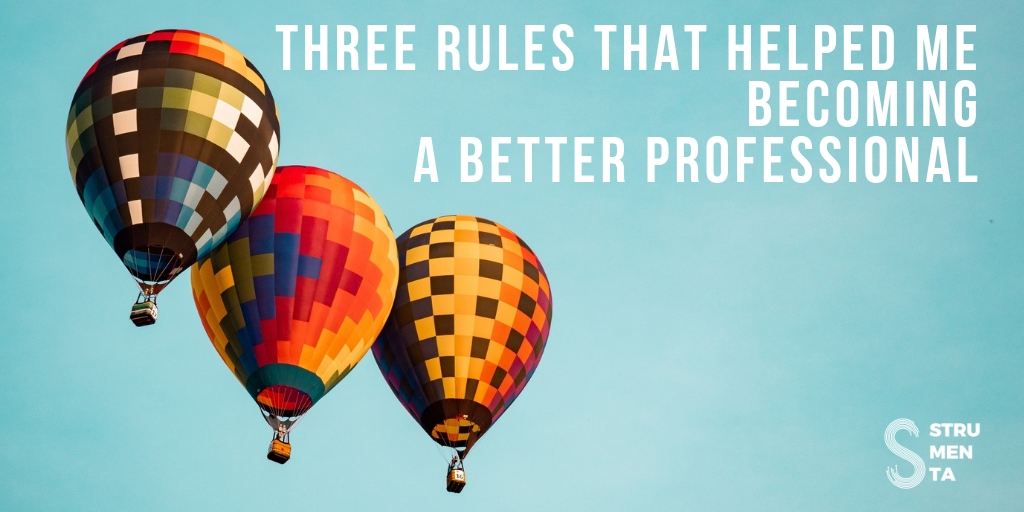 Written by Federico Tomassetti
in Consulting

Normally in this blog I write about technical stuff: mostly tutorials and ideas on software design.
Sometimes however I share what is going on in my professional life: I wrote about what I learned working at TripAdvisor, and about my first year as an independent consultant, before I co-founded Strumenta.

Over the years I have had many different experiences, which taught me a lot. I picked up things here and there but there are three simple rules that I realized helped me a lot in becoming a better professional. They helped me obtain better results when working in a team and creating a better environment for collaboration.

Some or all of these rules could seem obvious to some of you. I have heard variations of them since I started my career. However, it is very different to hear them and to internalize them. That’s why I would like to share the reasoning behind these rules. I would do so as a reminder to myself and, who knows, maybe as something that could help someone in the early stages of their career.

I know that sometimes we put a lot of work and a lot of skills in what we do. We fight to get a result and so when we obtain it we feel it is exclusively our merit. Well, it is very rarely so.

We are always working in environments that are larger than us.

One or more of these things could have happened:

There are for sure a lot of people around us that enable us to do what we do.

How did you get where you are?

On a more general level. I believe in the saying It takes a village to raise a child. To me it means that whatever achievement we obtain, we obtain them because of the support and the teaching we constantly received from people around us.

As a student, did you ever ask for help to a more seasoned professional? Did you ever receive advice? Did someone give you a chance that led to greater things later on?
Probably yes. We are inevitably a product of our environment, and we received so much before we were ever able to give something back.

This does not mean that our results and the effort we put in aren’t our own, and that the skills we developed or applied do not belong to us. But we should not get a false sense of confidence: we can get results in an environment that permit us to get results. Sometimes it is hard to see it because someone worked hard to eliminate all roadblocks on our way. As consequence we are under the impression the road was always straight and clean. Well, it probably wasn’t. So be grateful and share the credit with the people around you.

It is important to take ownership of your mistakes.

I understand that this is difficult, especially for people at the beginning of their careers or people who are uncertain about their positions.

When you overcome your internal resistance and you admit your own errors, you will realize one thing: nothing bad happens. People will not have a worse opinion of you, you will not get fired or miss your next promotion. On the contrary, people will know they can trust you to be upfront about your mistakes.

I think that taking ownership of your mistakes is also useful to disarm others from the possibility to use your mistakes against you. In my experience when you point out your mistakes and take responsibility the consequences are minimal to none. Things are much worse when you keep your mouth shut or try to actively cover up your mistakes. Sooner or later the people around you will realize that you are responsible for some mess. They could try to rub it in or not, but anyway your reputation will suffer.

Another advantage of admitting your mistakes is that it fosters a better environment. One where people are not afraid and take more responsibility for what they do. In the long run, this will stimulate people to work more carefully, which is a good thing.

…but that will not work at my company

I understand that some environments make this particularly difficult. However, I would invite you to consider this: if you are in a negative or even toxic environment either you change it as much as you can with your behavior or you leave it. If you don’t, it will inevitably affect the professional you are. If you are forced to behave less professionally because of the atmosphere your co-workers create or because of the culture of the place, this will change you over time. At the very minimum it will limit who you can become. Being a professional means also taking the difficult decisions necessary to improve. Either you do or you don’t.

Rule Three: Spell Out the Problems

I know, no one likes to be the bearer of bad news. It is something that, if not pleasant, can make you feel rather uncomfortable. Nevertheless, I think it is very important to point out problems. Not only that; we should also keep repeating them until we are sure that everyone is aware of them.

Not only should you shout from the rooftoops all possible existing problems but also all the limitations in the solutions you create. If you solve a bug with a patch that will work until a certain corner-case is met, be absolutely sure to point that out in the clearest possible terms. Otherwise this thing will bite you later.

What happens when we are upfront about problems?

Why is it so important to point out problems? For various reasons:

The last point is crucial for me: when people start hiding problems you develop the feeling the problems could be hiding anywhere, that you need to double-check everything. If instead someone has a history of being very upfront about issues you know that the moment he is silent there is nothing to worry on that side. This is a big relief.

I did not just hear these rules. I saw people living by them. As a young professional I was afraid to take ownership of my mistakes. This was the case because I feared it could have impacted how I was perceived by colleagues and managers. I did not stress problems for the same reason. It took a lot of examples to learn that it was possible to live by these rules.

I have seen some of the best people I worked with living by these rules in very different environments. It took years of experience to finally see the patterns more clearly. Of all the places I worked in, there is one in particular that I remember for having a very positive work environment, one where people were acting as great professionals all the time: it was at TripAdvisor. Let me tell you once again: I am very proud I worked for that company and with those people. So, my advice is: keep working on becoming a person that your colleagues will be proud to work with. 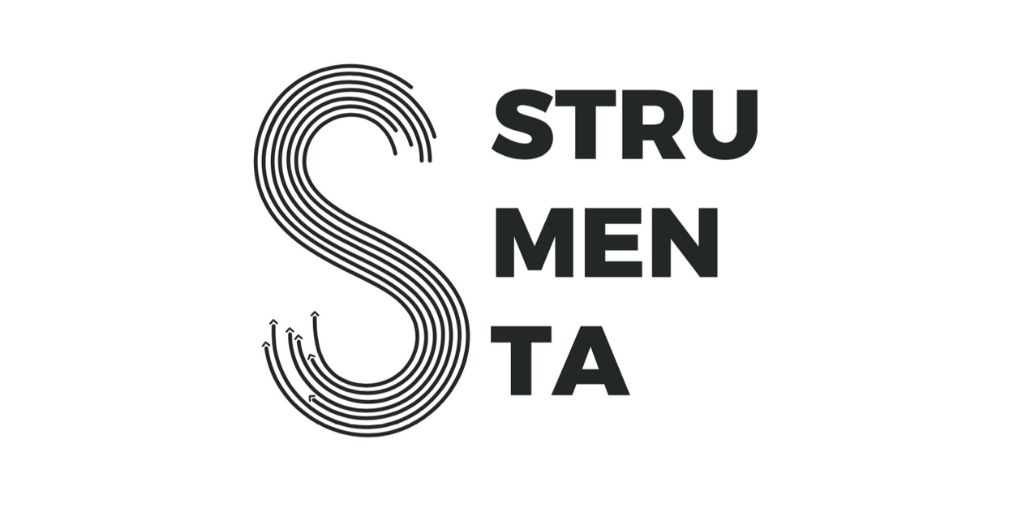 The First Year of Strumenta 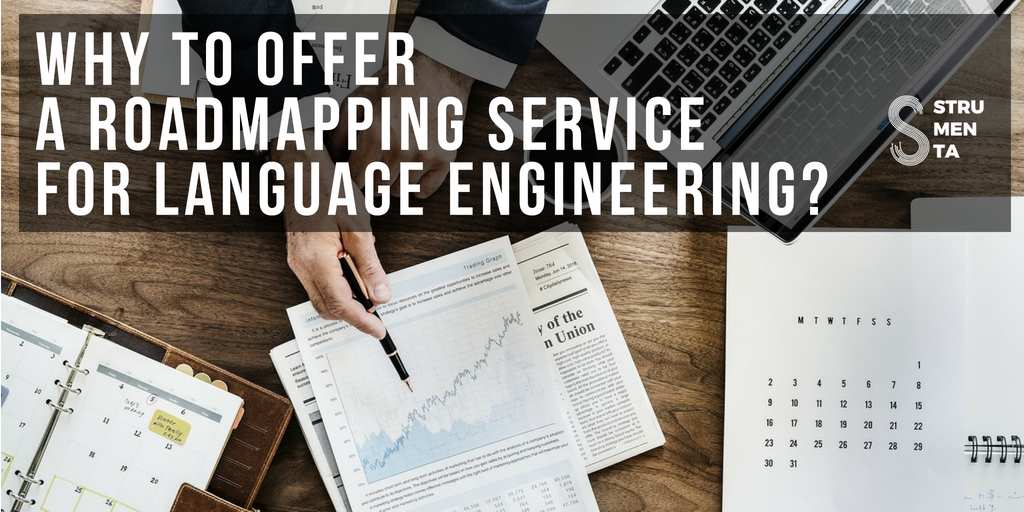 Why to Offer a Roadmapping Service for Language Engineering?